Whether your interest leans towards films or inspirational women, you’ll find a wealth of both in this epic, eye-catching book.

Mark Thompson talks to Jill Tietjen and Barbara Bridges about their book.

I have two great loves in my life: books and movies.

In Hollywood: Her Story, An Illustrated History of Women and the Movies, Barbara Bridges and Jill S. Tietjen write about 1,200 women who have contributed to the Hollywood film industry since its beginning.

Jill Tietjen and Barbara Bridges and their book Hollywood: Her Story featured on School for Startups Radio.

Guest: Jill Tietjen, Historian and Author; Barbara Bridges, Founder of Women+Film Festival; Co-Authors of “Hollywood: Her Story, an Illustrated History of Women and the Movies” Here’s something we know for sure: The Oscar winner for Best Director will not be a woman. None of the women who directed successful and critically acclaimed films in 2019 – like Greta Gerwig for … END_OF_DOCUMENT_TOKEN_TO_BE_REPLACED

Barbara Bridges appeared on The Frankie Boyer Show on BizTalk Radio on February 3, 2020.

When the 2020 Academy Award nominations were announced, many said women in film are finally breaking through. Today’s guests say “No, they’re making a comeback!” Co-authors Barbara Bridges and Jill S. Tietjen discuss how women helped found the movie industry – a time when they ran silent movie studios and held positions of power. When a female director, and an actress, were … END_OF_DOCUMENT_TOKEN_TO_BE_REPLACED 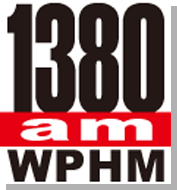